50 Years After the Fair Housing Act: Where Do We Go From Here?

In commemoration of the 51st anniversary of the passage of the Fair Housing Act, Silver State Fair Housing Council (SSFHC) invites you to join us in celebrating Fair Housing Month as we continue to open doors throughout Nevada.

“50 Years After the Fair Housing Act: Where Do We Go From Here?”

Refreshments will be served.

SSFHC HEART Award presentation to Jodi Mobley for her dedication and commitment to the goal of equal housing opportunity in Nevada.

“50 Years After the Fair Housing Act: Where Do We Go From Here?”
Remarks from Bernard J. Kleina

Mr. Kleina’s collection of rarely seen color photographs documents the first large scale fair housing campaign in the country and the most ambitious civil rights campaign in the North.

Dr. Martin Luther King, Jr. and other civil rights leaders focused the Chicago Freedom Movement on open housing and placed the issue of equal opportunity in housing before the people of the nation. Thousands of peaceful demonstrators participated in the marches and rallies in Soldier Field, Marquette Park, Grant Park and in front of Chicago City Hall. These photos are a record of the work of so many people to achieve equality in housing and are also a reminder that the fight for open housing remains an integral part of the civil rights movement. 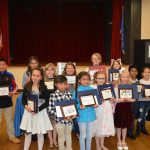